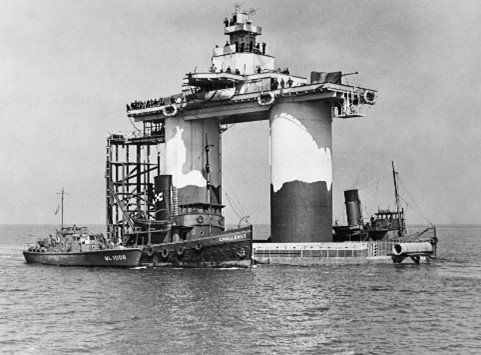 While this sounds like a question from Only Connect, the answer actually lies in our local waters – the Maunsell Forts. These are a series of army and navy forts which were built in the Second World War offshore in the North Sea to protect Britain from enemy air force and naval incursions. These forts played a crucial role in early warning detection for air and sea raids.

Abandoned after the war their history was then varied and, as you can see from the characters mentioned, at times unexpected. Some were occupied by Pirate Radio stations while others were used as film locations. One even became a micronation. In this talk we will look at this unique history and the mixed cast of characters involved with these platforms. We will examine what is left of them and the unique legacy which they have left behind.

This talk will start at 8pm following the IMT 2022 AGM which starts at 7:30pm with entry from 7pm at the University of Suffolk Waterfront Building.

Car parking is available in the nearby Duke St car park or at IBC pay car parks at St Peters Wharf or Fore St Baths.

The cost for attending a talk is £3.50 for members and £4.50 for guests; included are free tea, coffee and biscuits after the talk.

We no longer require pre-booking of tickets for our talks and take both card and cash payments.