This display tells the story of the transformation of the Ipswich waterfront and the Wet Dock from the early 1800s to the present day.

Since Anglo Saxon times, Ipswich has been a port town.  Ships used to sail up the River Orwell, ideally on a rising tide, berthing at quays close to the town to load or unload their cargoes.  When the tide went down, the ships were left high and dry, often leaned over and were impossible to move.  This became an increasing problem at the end of the 18th Century as ships got larger and deeper and something had to be done to keep Ipswich alive as a growing commercial port.  Edward Caley’s 1837 drawings depict an active waterfront but the quays were quite dilapidated in places.

A ‘Dock Committee’, formed in 1836 and asked the civil engineer, Henry Palmer, to assess the viability of a ‘Wet Dock’, whereby ships could stay afloat in deep water at all stages of the tide.  A copy of Palmer’s report is in this display.  The idea was to dam the River Orwell near the present lock, dredge out the river bed and remove adjacent boggy marshland to provide a stay-afloat dock some 13 hectares in extent – the largest in England at the time. The tidal river channel would be diverted along a new cut and ships would enter the dock through a lock opposite what is now Felaw Street.  Work started in 1838 and the dock opened for business in1842.

But the lock was awkwardly placed for ships to enter and was replaced by new lock in 1881.  This lock is still in use today.  New quays were constructed around the dock during the 19th and 20th Centuries to cater for new industries in the town.  The dock’s ‘heyday’ was probably the 1960s but by this time larger ships were using Cliff Quay and the West Bank Terminal outside of the Wet Dock.  Leisure boating increased during the 1980s and the dock has been largely converted to a marina, although timber is still regularly imported into one dockside warehouse.

The centre piece of this Window Museum exhibition is a historic map of the Wet Dock adapted by our volunteers Colin and Stuart to make it 3D, highlighting the Wet Dock prior to the creation of the New Lock Gates in 1881.

A selection of plans are showcased, including those that were put into use and those that were merely proposals. From the early 1800s right up to proposals for expanding and developing the Wet Dock in 1911 and 1971.

Also included are some models of the Customs House’s and Umbrella created by former volunteer Peter ‘Ben’ Bendall, who sadly passed away earlier this year while still working and contributing to this display. The next exhibition will be in tribute to Ben and the work he provided to the Window Museum and the Ipswich Maritime Trust during his time with us.

A map from 1971 which includes proposals for the filling in of large areas of the Wet Dock by then largely redundant due to the need for large vessels to use the deep-water quays out in the tidal estuary. Ipswich is fortunate that such plans were never implemented, leaving us with the hugely popular and historic waterfront of today. 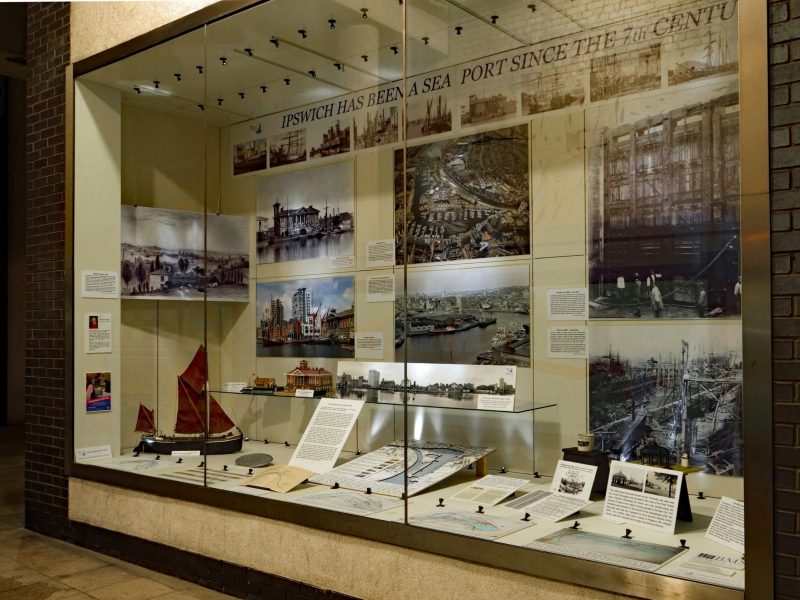 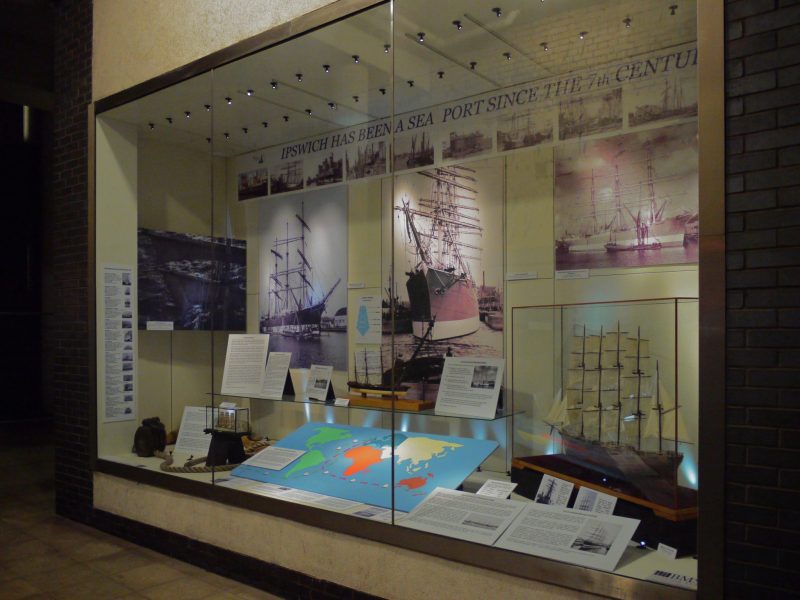 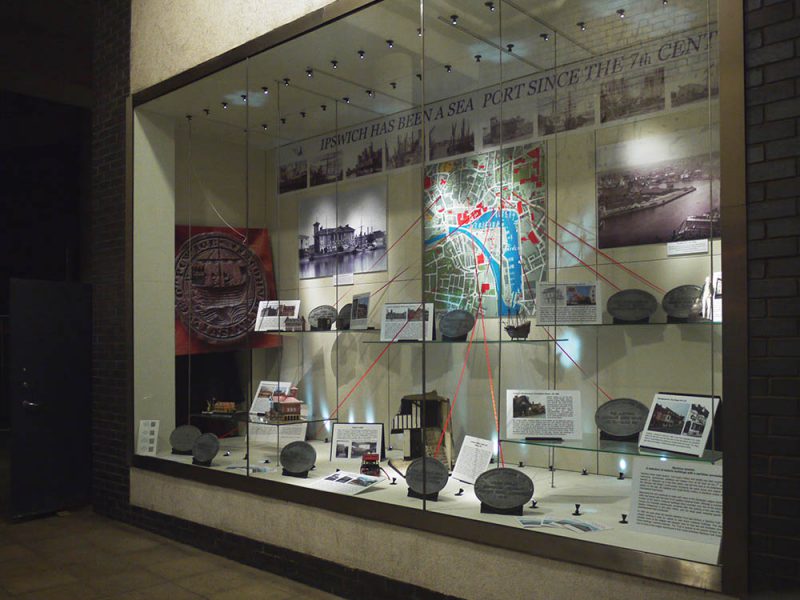 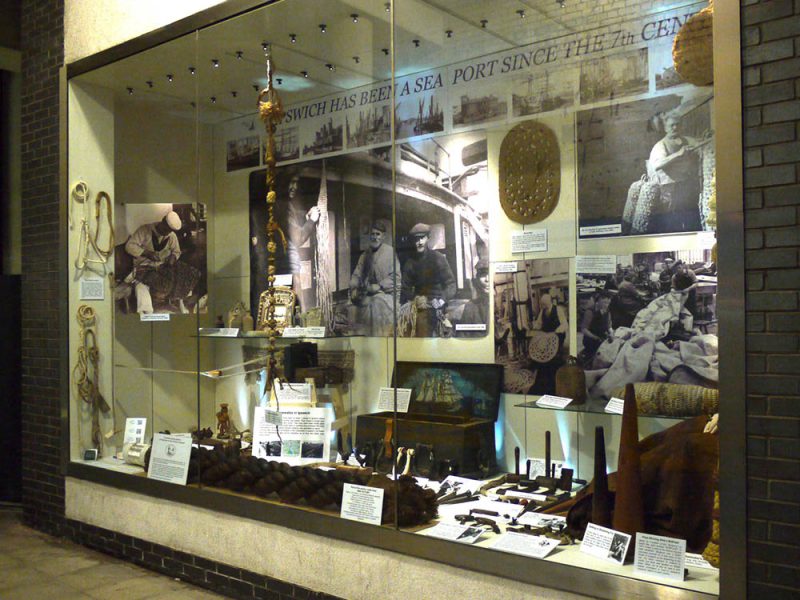 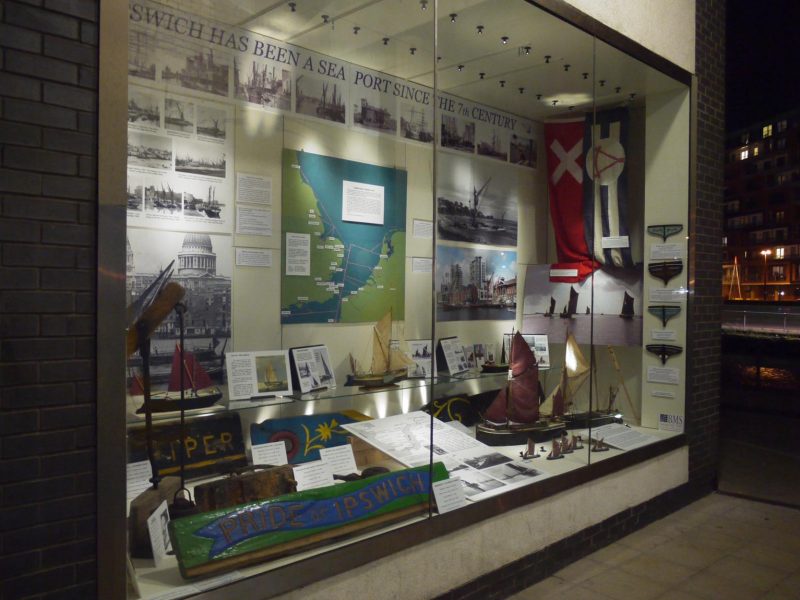 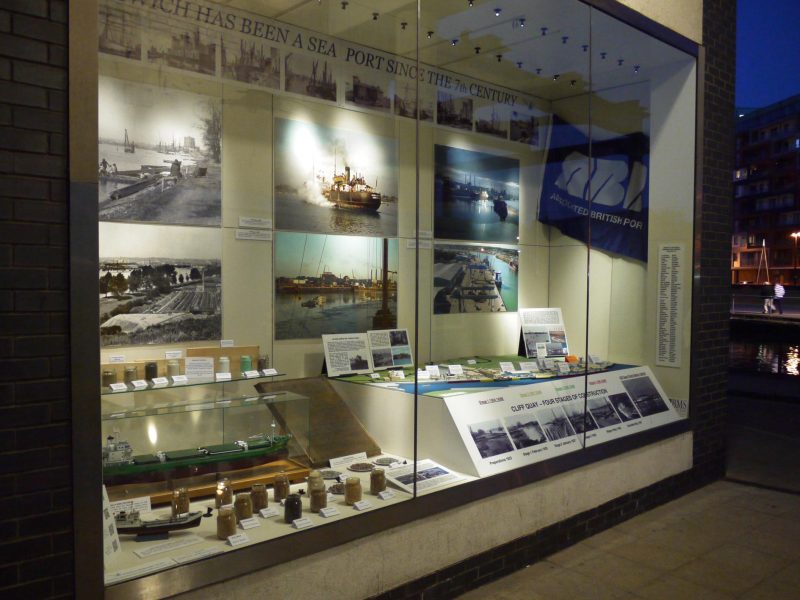 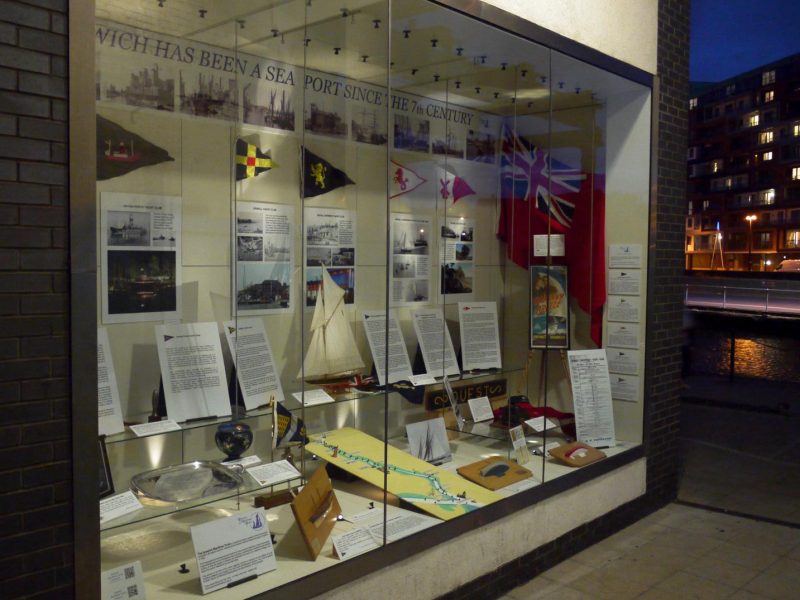 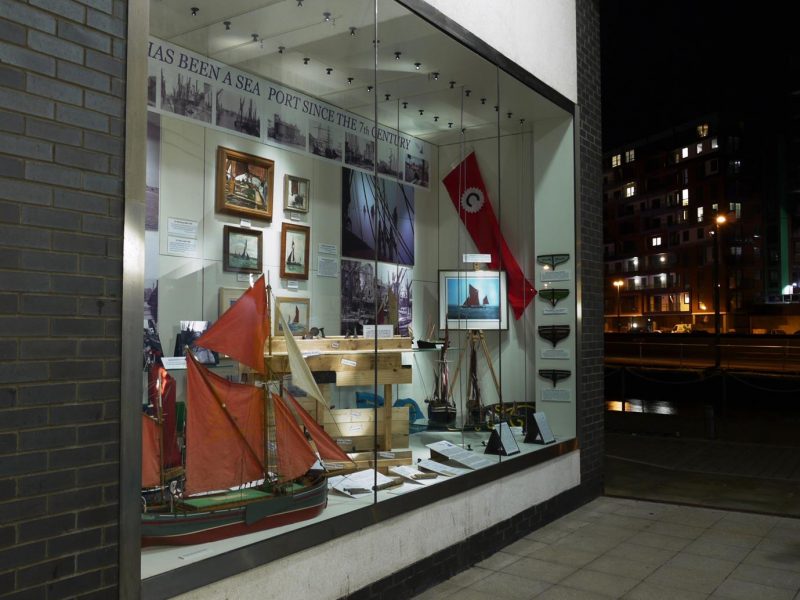